Learn how to analyze and report on your data in Streak

Written by Caitlyn Grundy
Updated over a week ago

Streak offers a number of built-in Reports that can analyze the health of your Pipelines. We'll show you stats on how your Pipeline has evolved over time so you can quickly assess your Team's performance and identify trends.

Several default Reports are already built for you, such as how many new Boxes have been created, how many stage changes were performed, which team member has been the most active, and many more. These reports can be customized by time range, Team members and other attributes.

Each Pipeline will have its own set of Reports. Start off by clicking the Reports button from the More menu at the top of the Pipeline you would like to analyze. 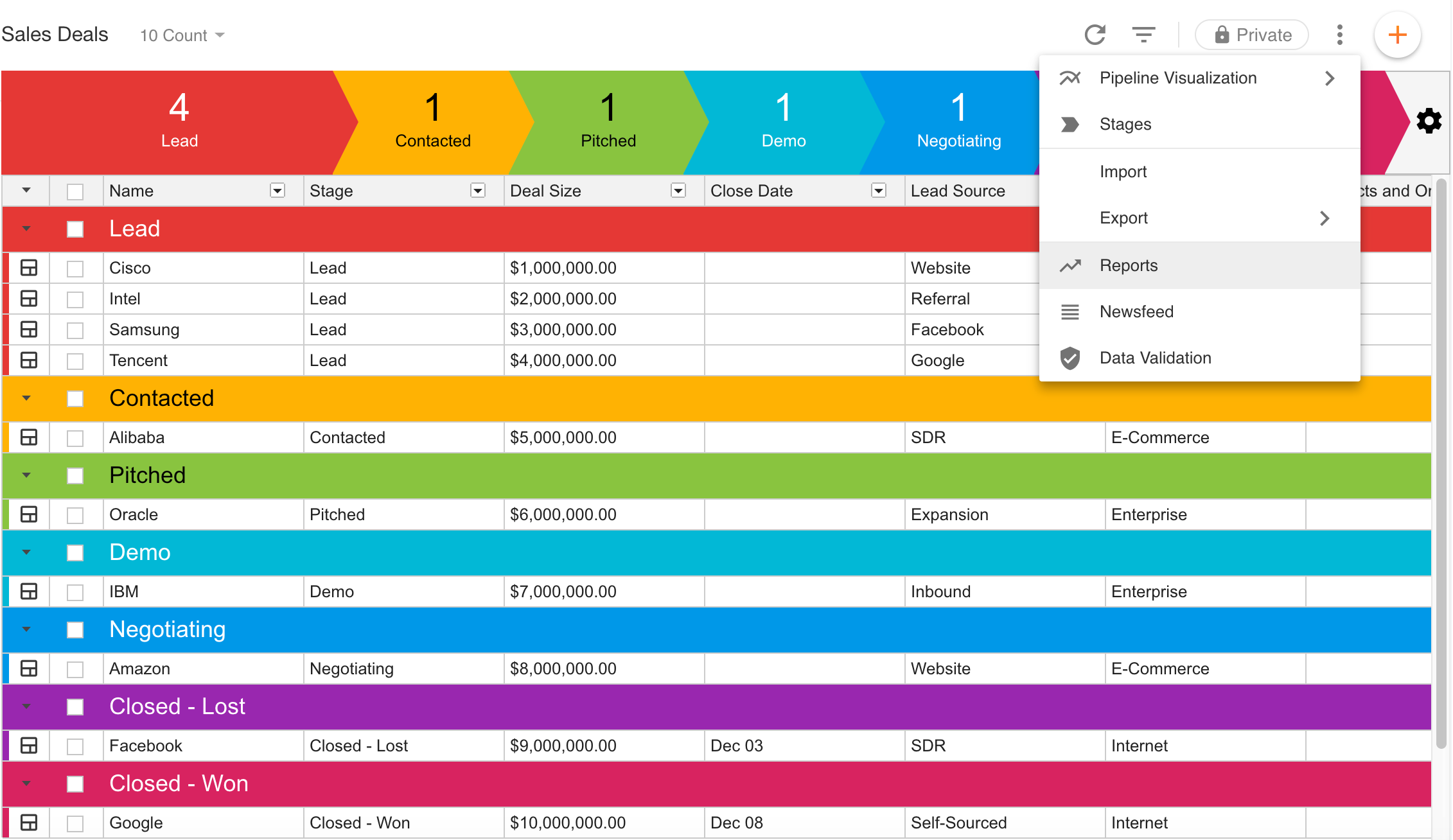 Once you find the Reports that excite you, you can begin to customize your Reports dashboard to best suit your needs:

Did this answer your question?